Charles was adopted by his previous family from the AWL and they had high hopes that he would join them on their travels around Australia. However, Charles has an insurmountable fear of the car and despite working with a vet and a behavourist and trying everything from crating to medicating – they were unable to help him overcome his fear and so a new family had to be found for him.

Margaret and Ian who had adopted from us previously, said they’d love to adopt Charlie and he was home with them from day 1. 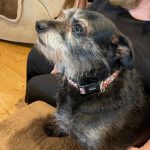 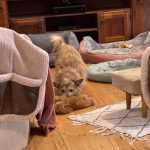 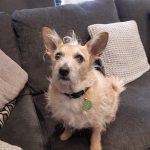 There is no doubt that Charlie has found his happy tail!