Teddy an 11 yo Silky X came to us when his owner was moving interstate.  He had a range of issues when he first arrived including anxiety, constant tummy upset, poor car traveler, couldn’t go under anaesthetic, couldn’t be groomed  and some other little quirks.

Once we had his rotten teeth fixed however, he became a different dog altogether.  A good diet fixed another of his issues. 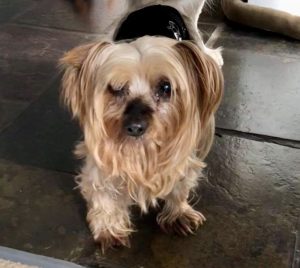 Where we first thought Ted would be staying in care – we now determined that he was a great candidate for a new family of his own.

Ted has now been adopted by Chris and Neil and their dog, Zoe.

After some initial settling in issues, Ted is now very much one of the family! 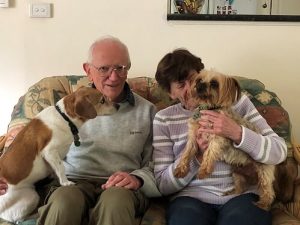