Snowy’s Mum went into hospital and we were asked if we could take him into care.

He is a 16yo Tenterfield X Jack Russell.

When we picked him up, we could see the old fella had some things going on.  He had a number of fatty lumps, he was blind and deaf, his nails were overgrown, he was wobbly on his feet and walked round in circles.

Our vet confirmed that he had cataracts that had burst, his teeth were absolutely rotten, he had issues with his heart,  and blood tests showed he was in the final stages of renal failure.

The kindest thing we could do for him – was to give him his wings.

At 16, there is no doubt that Snowy has lived a full life. He is one of those dogs whose spirit reaches out and touches you from the moment you meet him. A special soul.
And though his time with us was brief – he’s touched not only us – but the people who support and care about what we do. He will be remembered!
And over his last few days – he made some new friends and found comfort in being near his big foster brother – Eddie – himself adopted – and adored.
Please take a little moment and  wish Snowy – Godspeed – as he leaves his tired old body behind to frolic freely – where all those we have loved and lost – are waiting and watching for the time we are all reunited. 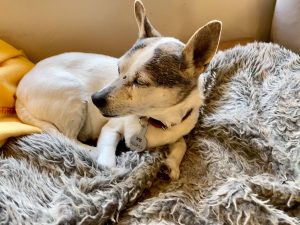 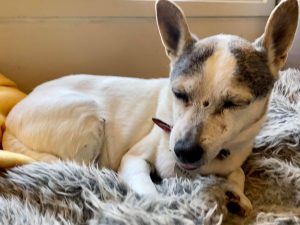 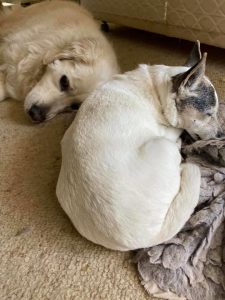 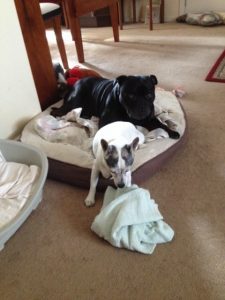 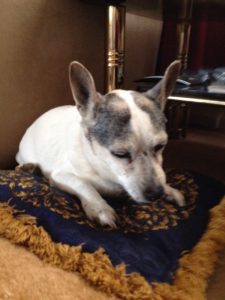